Yesterday, the steampunk-romance-let-me-creep-you-out-to-the-edge-of-your-skin dynamo, Delilah S. Dawson, posted on her blog a column about being a writer, about getting off your ass, and about doing what you tell people you do. When I read the title of her blogpost, I was ready to mix it up with Big D because Iâ€™ve lost nearly twenty pounds all while editing an anthology, editing the fourth book of The Ministry of Peculiar Occurrences, and writing up a new social media book, specifically geared for writersâ€¦

Instead, I read the article, proving that, yes, it is better to comment after youâ€™ve read a blogpost instead of reading only the headline. The best part about Delilahâ€™s blog is that, after meeting her, you can hear her in your head when you read her blog. So now I hear Delilah S. Dawson in my head…

I am terrified. Just so you all know.

Delilahâ€™s a stitch. Weâ€™ve broken bread with her, been on panels with her, and sheâ€™s one of my literature spirit animals. I say â€œone ofâ€ because I have many. Thereâ€™s my wife Pip, Chuck Wendig, Myke Cole, Mur Lafferty, Erika Napoletano, Kate Crossâ€¦I swear, I am building aÂ Noahâ€™s Ark of spirit animals over here. Thing is, D drops the mic hard in this blogpost when she says:

â€œWell, writing is hard. Your brain wants to write… or it says it does. But what your brain really likes is talking about writing,Â thinking about writing, and thinking about being a writer. Your brain really, really loves having written. But itÂ most likely, hates writing–or at least the harder aspects of writing. The soggy middle or the edits or the synopses or the part where you’ve written yourself into a corner and can’t get out.â€

Yeah. That titleâ€”I get it now. Dâ€™s awfully talented with words. She does cool stuff with words, and sheâ€™s really, really good at it. She so good at it, we asked herÂ to write in our universe…and she did. Badass.

Delilah is right about what we do. Writing is hard, and I shouldnâ€™t complain because it looks like I got this. 2014 wasÂ a pretty good year:

All in all, not a bad year; but I can do more. I need to stop winging about how long some ideas take, and use that time energy to get them on paper. I have to get my ass in the chair and start bleeding across the keyboard. I need to carve out the time and get writing. 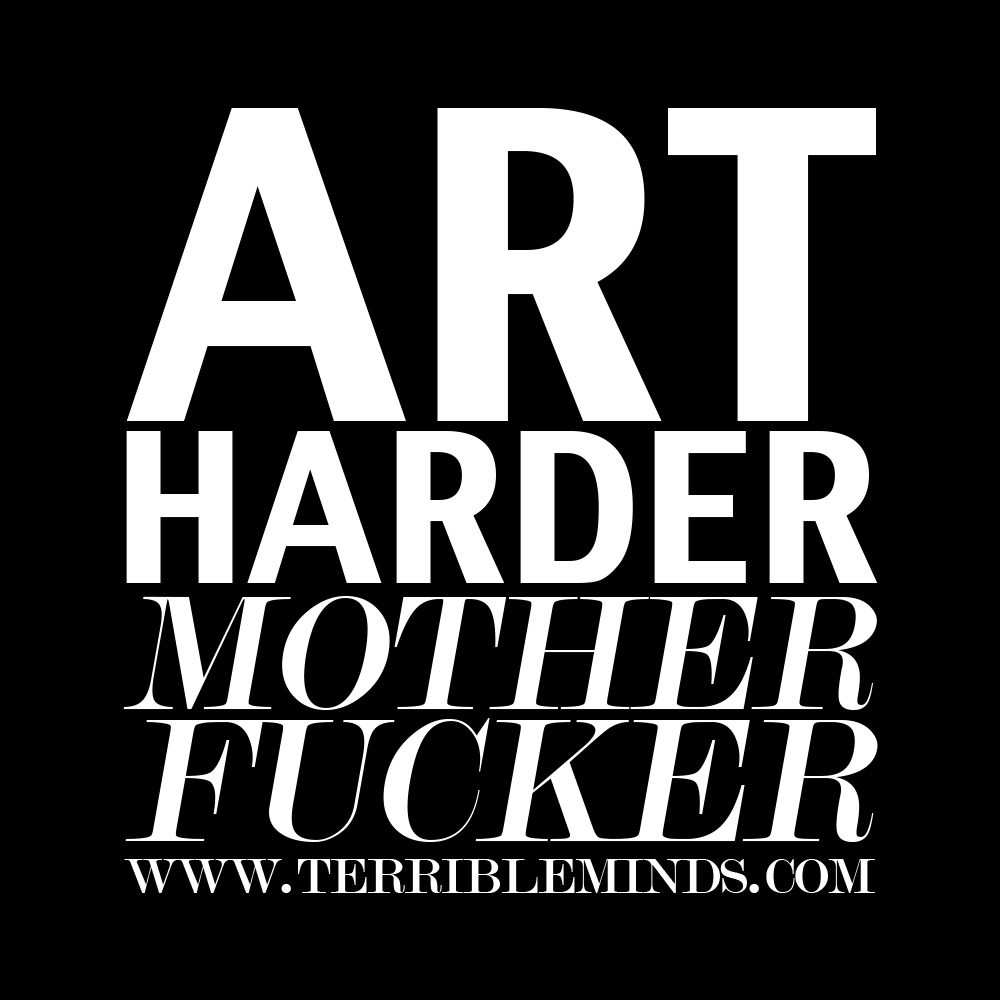 Yeah, you didnâ€™t misread that. Iâ€™m dropping the F-bomb. And it wonâ€™t be the last time. Why? Because Iâ€™ve been itching to do this, but avoiding any opportunity to do so. Not because itâ€™s the cool, hip, Billy Badass thing to do; but because the last time I put myself out thereâ€”I mean, really put myself out thereâ€”I wrote this blogpost. Iâ€™ve been looking at my own blog lately, asking myself â€œWhen was the last time I did that here?â€Â Why was I willing to do that on Chuckâ€™s blog, but not my own? Because it was safe on TerribleMinds.com? Shouldnâ€™t the safest place on the Internet be my own site?

Writing is hard, but it is worth the risk, the effort, and the investment. I still believe that, even with additional challenges thrown at me. They manifest themselves in challenges during the editing process, the demands of a full time job, and working in the marketing and promotion of whatâ€™s next. All this, along with looking ahead to the next idea.

No, I wonâ€™t always be swearing it up like an R-Rated film, but the occasional vulgarity might surface because I need to vent. I wonâ€™t make every column on here an issue; but I will make this blog a priority. I need to. This is where I work through the opinions and allow myself an unfiltered voice. Agree or disagree with what you read here, I am gettingÂ back on track, otherwise my ideas remain just thatâ€”ideas. I’m done withÂ making excuses. Iâ€™m taking stock, Â forging ahead, andÂ getting back into the swing of things.